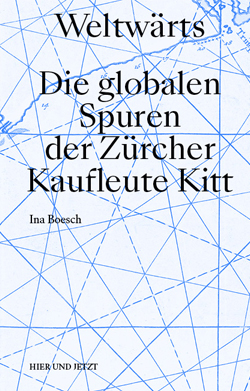 Starting in the 16th century and ending in the 19th century, the Kitt family from Zurich entertained close ties with the rest of the world: Baschi and Sebastian traded with spices, Anna Margaretha cooked with ingredients produced overseas, Rudolf served as mercenary, Salomon was entangled with the Atlantic triangular trade, and Armin was gripped by the so-called Egypt fever.

Ina Boesch followed the global traces of the Kitts, combed through archives in different countries, and visited their locations and residences in the Caribbean, in the United States, and in Egypt. She recounts stories of bankruptcies, land grabbing, and mummies by interweaving the account of her research with fact and fiction.